Stumbling upon the Living Dead 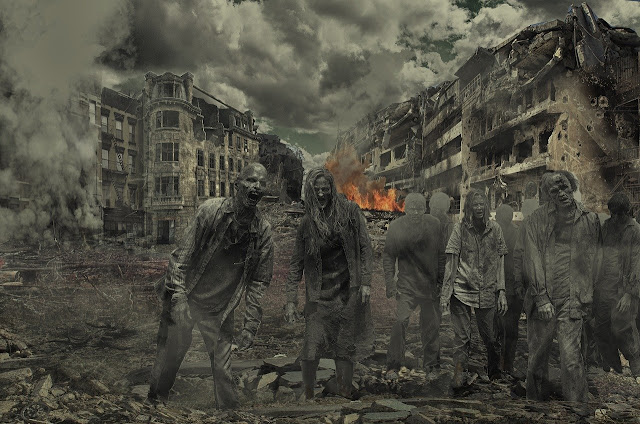 There are all sorts of people fumbling around on the Internet and exposing their abominable folly. One such case appeared like rain out of the sky, on a popular social media platform called LinkedIn.
Below, you will find a transcript of a conversation with Maja, a Croatian administrative assistant living on the Isle of Man. Within a few bloviations, it was clear that I had stumbled upon a full-blown moral relativist operating at Defcon-5 on the sycophancy scale. Sadly, Maja is the epitome of a person colloquially described as the "living dead": people that are breathing and walking around but have lost a connection to Nature and objective morality. In some respects, people that have lost touch with their souls and the innate care for other living beings and their natural rights.
I would also learn that the soulless Maja wouldn't have a problem carrying out any orders whatsoever, including but not limited to stealing to provide for her dependants, hurting innocent people to survive, and, most tellingly of all, carrying out executions at a death camp if she had no other avenue of employment.
Readers are urged to pay attention to not only the depravity of the individual but also the prideful nonchalance in admitting to her folly. Maja's palatable pangs of joy at the thought of following orders and never raising her head above the parapet, regardless of the circumstances, are rather chilling.
Moreover, the atheistic Maja cannot fathom the possibility that something is grossly amiss in her worldview and understanding of right/wrong, correct/incorrect and desirable/undesirable.
As explained in other articles, moral relativism and its siamese consort, atheism, have cut a sway through society and left meek order-followers like Maja floundering in mediocrity, bogged down in triviality and hopelessly enslaved to their masters.
The saddest thing of all is that they're happy about it -- which is probably why such folks have been described as: "the living dead", "ground-gazers", "hollow vessels", "homo-mediocris", "homo-stolidus" and "homo consumens" by various occultist commentators. 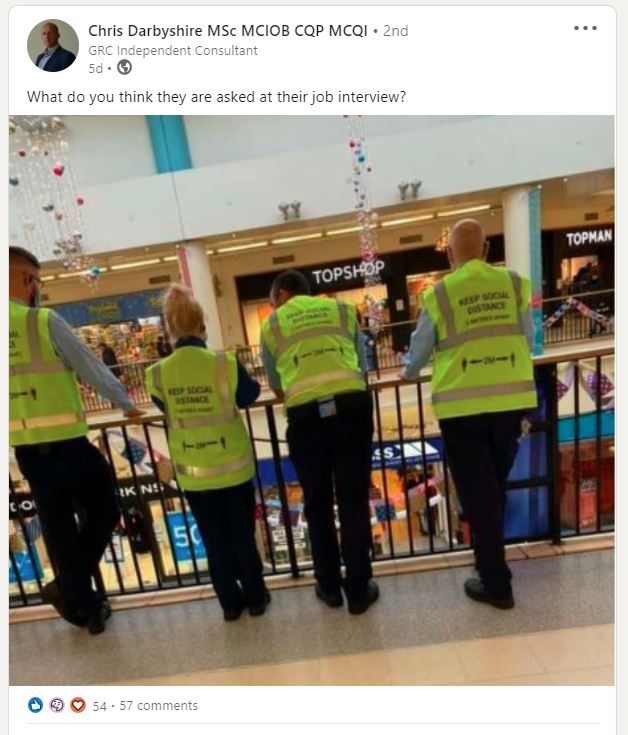 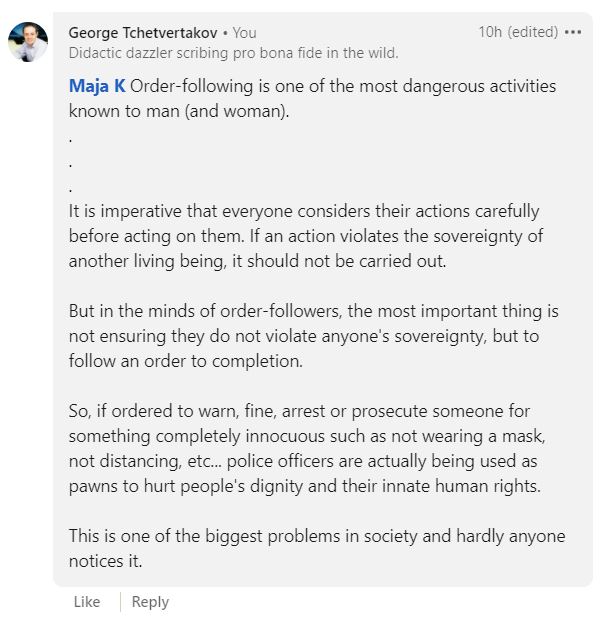 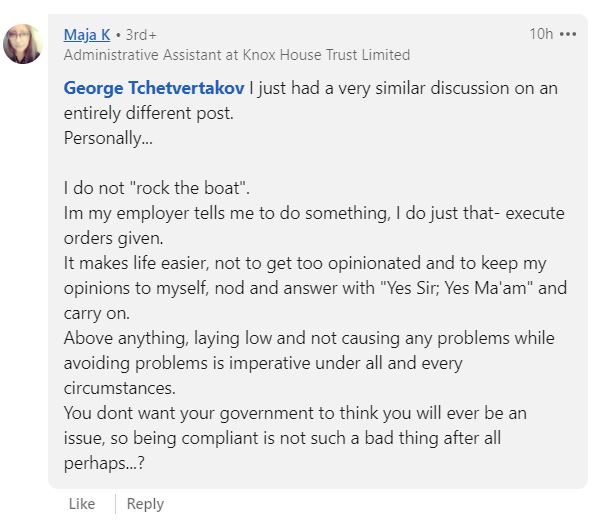 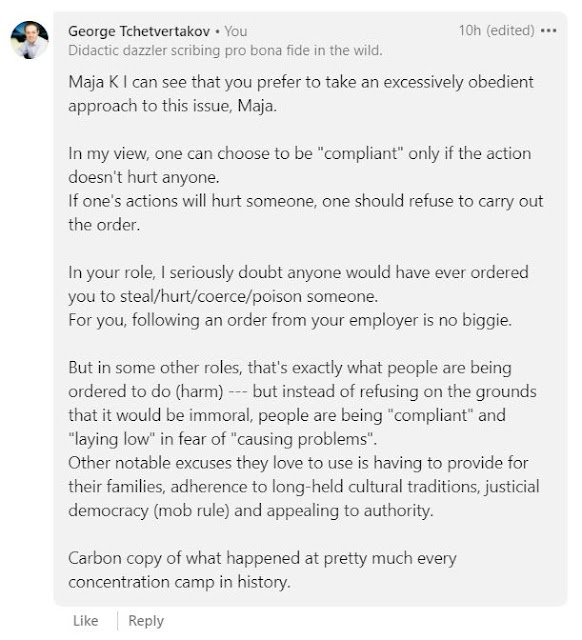 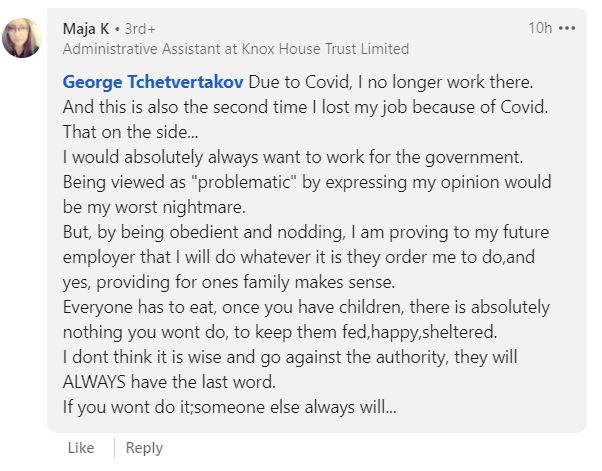 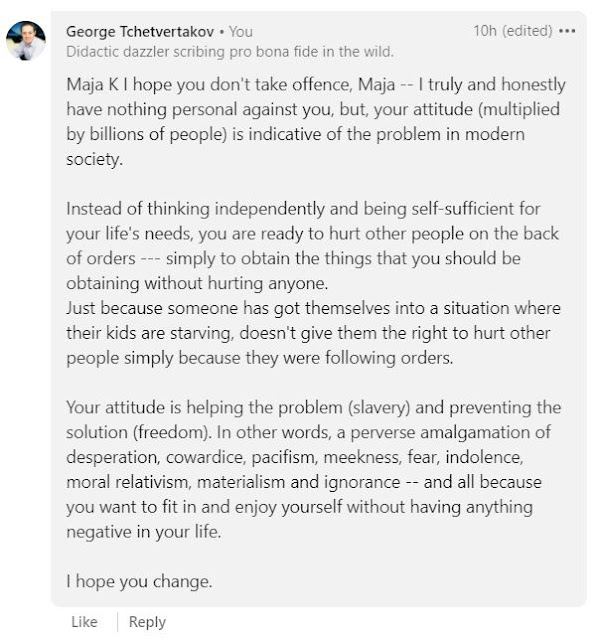 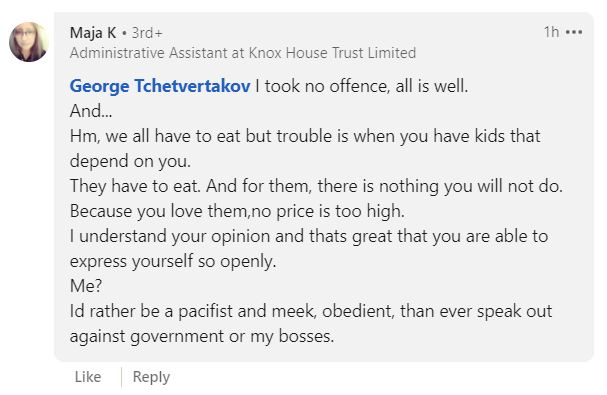 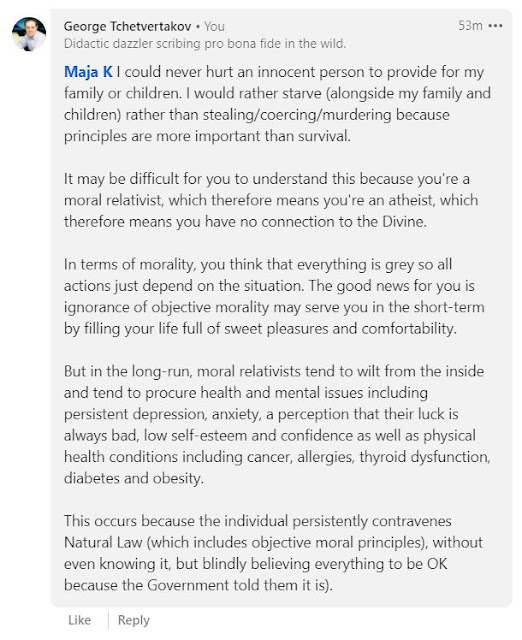 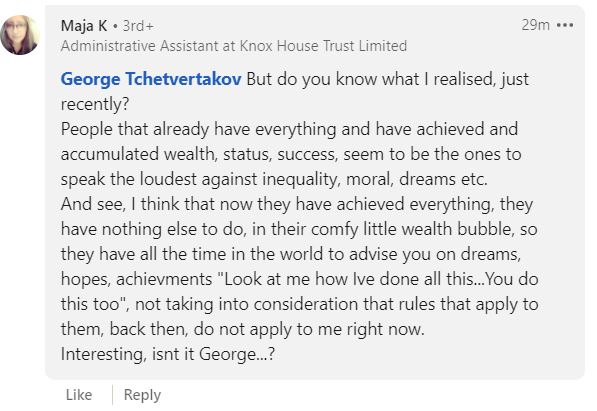 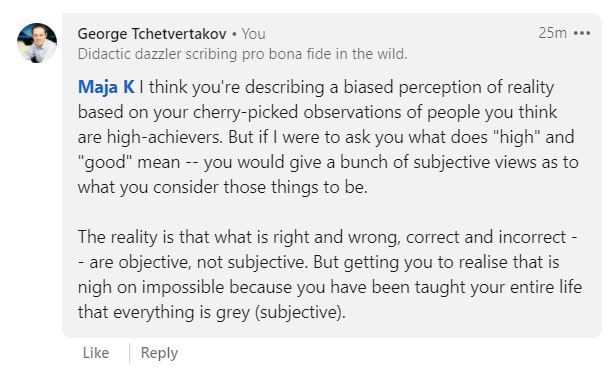 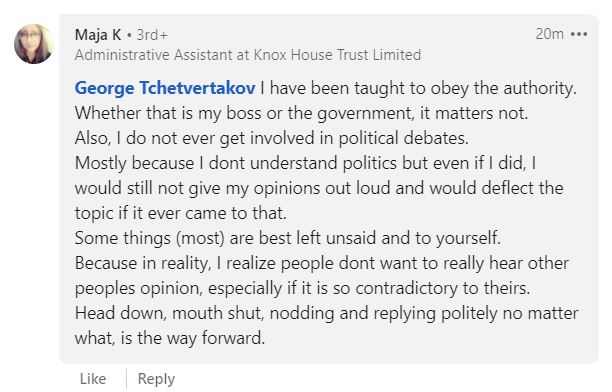 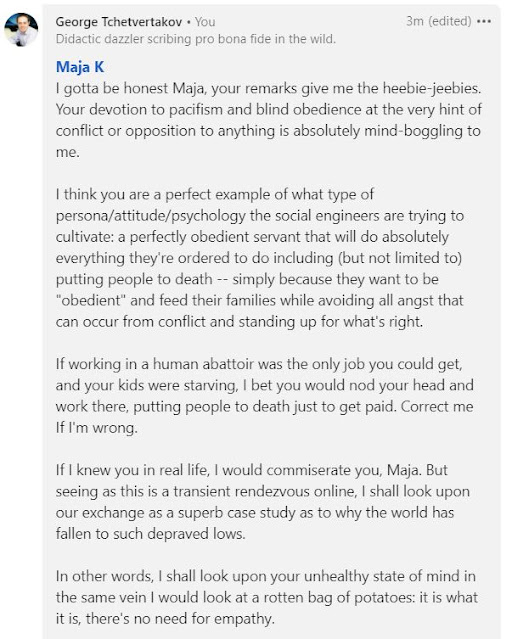 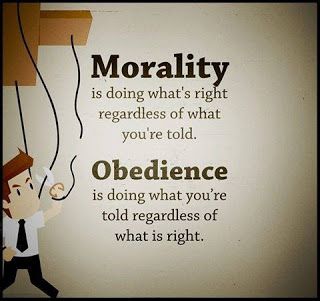 My assertions were later confirmed after Maja spectacularly failed an alternative intelligence test, capable of detecting spiritual health, right-brain cognitive ability and the condition of a person's soul. 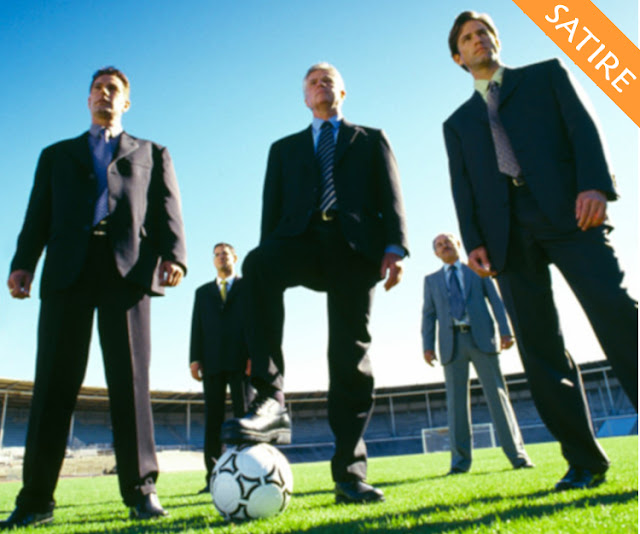