The Next Generation of Crypto

Crypto-asset trading is coming over the horizon to revolutionise and merge brokers, institutions and crypto coins. 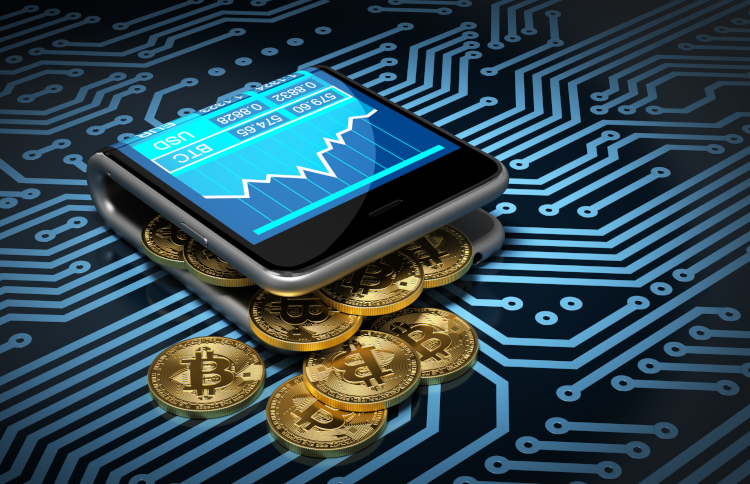 Trading has existed since time immemorial.


For thousands of years, people have traded goods and services for a variety of reasons including wealth creation, storing value and speculation. For aeons, the principle has not changed, although what has changed, and many times over, are the underlying assets that are changing hands.

On a macro scale, cryptocurrencies have entered the marketplace to offer a means of digitising assets securely, as a means of improving how assets are valued and exchanged. By taking the synergies offered by financial technology (fintech) and cryptography and stitching them together by mathematics – the result is a revolutionary step away from the old toward
something new.

In recent times, the primary incentive for trading has been speculation with the underlying assets being stocks, bonds and commodities. The advent of online communication made trading efficient, rapid and seamless. Now, in the 21 st century, trading is evolving at breakneck speeds to the point of merging the concepts of wealth, exchange and trading into one holistic entity.

More specifically, I am talking about cryptocurrencies and how with the use of blockchain technology, the concept of money has shifted from being simply a store of value and a medium of
exchange to an all-in-one solution that encompasses investments, savings and speculative trading.

The first era of cryptocurrencies was the birth of the crypto spearheads, Bitcoin and Ethereum. These two cryptocurrencies offered users an avenue to digitise wealth and a means of buying and selling goods and services via an alternative method to traditional money. As a consequence, they created a speculative market which allows users to buy and sell Bitcoins and Ethereum coins with the potential of capital gains.

The second era soon followed, otherwise known as the ‘stable coin’. A means of digitising wealth but with the speculative element largely stripped out. Commodities such as gold were used to stabilise price volatility to ensure that cryptocurrencies could store wealth and the assets being used more-so to create a stable means of doing business.

Companies such as ICON and many others have been established to combine the fixedness of physical assets with the liberty of using crypto coins. By digitising physical assets like precious metals with the use of blockchain technology, stable coins have already been earmarked by central banks in a bid to get in on the act of harnessing cryptocurrencies for their own purposes.

The third era of cryptocurrencies is seeking to take the industry into the next generation and to take its functionality to the next level altogether. An era where owning assets and paying for goods and services are fused into one.

Imagine walking into your favourite coffee shop to buy a cappuccino with a fraction of one Google share, or paying for a new car with a fistful of Facebook shares.

The premise is that merchants could securely accept payment for all sorts of goods and services via a range of cryptocurrencies that are automatically accounted for (and transferred) via the blockchain.

Such a leap would mean that brokers and money institutions would effectively become one. It would mean the dawn of crypto asset trading which integrates assets, brokers, institutions and electronic money into a unified value system.
One recent example of a so-called “trading desk for digital assets” that may, in hindsight, turn out to be the first step on this journey to a new era of trading, is Bithumb.

Earlier this month, Bithumb Global launched an over-the-counter (OTC) trading desk for digital assets via its Hong Kong-based venture, Ortus. The new venture is a “block deal, matchmaking
service” for institutional clients to start off with but could yet disperse into the retail sector in due course.

In an OTC deal, two parties trade directly with each other, unlike on an exchange where orders are matched between buyers and sellers. Which method predominates in the 3 rd era is still being determined with an OTC model likely to prevail.

As an alternative, the new era of crypto-asset trading could also develop into a more centralised exchange-based system with more foundation than simply individuals exchanging crypto-assets amongst themselves without a central clearer or counter-party.

There is a case to be made for mobile phones being used to harness crypto-assets and make them a truly worldwide revolution that also includes the so-called “unbanked”. Billions of people have been left behind by the rampant growth of financial services, with most people having no access to savings and investments, and for almost two billion globally, bank accounts are still considered as a luxury they have no access to.

Crypto-assets could therefore not only make payments easier and global banking services a lot more transparent – they may literally pull the world’s poorest up by their own bootstraps into modernity.

Aside from the potential benefits and prosperity, there are also numerous challenges facing the revolutionary eras blooming in fintech.

One of the most daunting challenges is regulation. Governments in all countries have been stumped by how quickly blockchain-powered solutions have come to the fore, and therefore, have been rather slow to put in place industry regulation to
properly harness its usability. It’s to be expected. How can regulators regulate something that has yet to come into existence?

Knee-jerk regulation has sprung into effect, and rather crudely.
New phenomena such as Initial Coin Offerings (ICOs) have been restricted in the US, Europe and Australia and even Chinese authorities have clamped down on cryptocurrency growth – all in fear of losing control of payments systems and how people exchange wealth.

Another problem is organisation. For a standardised system that allows people to buy coffee with Google shares, there must exist a simple and effective method for people to convert their shares at fair prices in real-time. That will require several stakeholders to work together which may be difficult if there are dozens of contenders.

The core principle of cryptocurrencies is decentralisation which may mean wrangling over how exactly to set up a system that prices everything accordingly and ensures trust by all users. Multiple systems may only serve to confuse retailers and leave consumers in despair that they cannot use one platform across the board.

Looking forward to a bright future

Since 1999, retail trading has evolved with the aid of the Internet. From the birth of Oanda to new companies such as Binance and Ethereum – the process has been speedy and innovative. With the 3 rd era of crypto-asset trading looming we must also act quickly and responsibly.

For the next fintech solutions to be born and to deliver what consumers truly want (transparency, security and functionality), a solid structure and common goals will be required. To attract clients and to empower billions of people there will also need to be a legislative component. In other words, central banks and Treasury departments will have to join the party or the music will not last for long.