Two years ago, the UK voted to leave the EU. Today, politicians are still wondering whether its reasonable to do so. 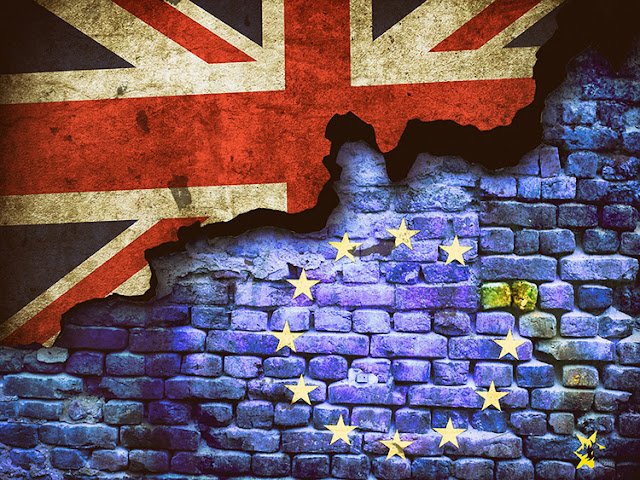 Brexit, or British Exit, is a colloquial term that has roused an entire nation.

The United Kingdom (UK) is leaving the European Union — at least that’s what most people voted for back in June 2016 — but exactly how and when remains as unclear today as it was two years ago.

Several groups of people have been left with lots of questions and with even more potential unknowns including immigration status, workers’ rights, applicable tax rates, business regulations and the list goes on.

Other factors such as exchange rates, interest rates, inflation and business confidence have all been affected in both the present and within future expectations that have seen many businesses considering relocating their core operations on the European mainland.

So far, many of the perceived fears have been just that — fear-based sabre-rattling and contingency planning as opposed to clear-cut actions that have led to economic impacts.

What happened and why?

The United Kingdom held a referendum - on Thursday 23rd June 2016, to decide whether the UK should leave or remain in the European Union. The ‘Leave’ side won by the tightest of margins (51.9% leave vs. 48.1% remain). The referendum turnout was 71.8%, with more than 30 million people voting.

Despite the nation voting for Brexit, many parts of the UK were hopelessly split. For example, almost 80% of Londoners voted to Remain and yet in the northern parts of England, in Scotland and in Northern Ireland, the clear majority of British residents voted to Leave.

Brexit exposed long-held social tensions between various factions of the UK public and these tensions have only led to further fracturing in the past 2 years.

So, the effect of Brexit has been simply to slow down the rampant levels of migration flowing into the UK because of the perceivably better economic conditions, English as the main language and large numbers of existing migrants.

Far from being a ‘Brexidus’, the number of people moving to the UK still outnumbers those who are leaving, and yet, the amount of people leaving the UK is at its highest for over 10 years. What these figures suggest when summed up together, is that the UK’s population is gradually changing in terms of national lines.

Although migrants from the EU have fallen drastically, they have largely been gazumped by migrants from other parts of the world. It would seem Brexit has simply changed who is coming to the UK, rather than reduce the overall numbers.


The latest in Brexit economics

A lot has changed since the Brexit vote in 2016.

For one, the Pound sterling has experienced severe volatility on the back of mixed reports regarding the UK economy. Whereas some market analysts predicted doom and gloom on the back of the UK being forced to leave its most lucrative economic union, others such as the UK’s most prominent Brexit cheerleader, Nigel Farage, were adamant that the UK still had 85% of the world to trade with.

It’s true that the pound slumped the day after the referendum - but it has now regained its losses against the dollar while languishing against the euro by around 15-20%. 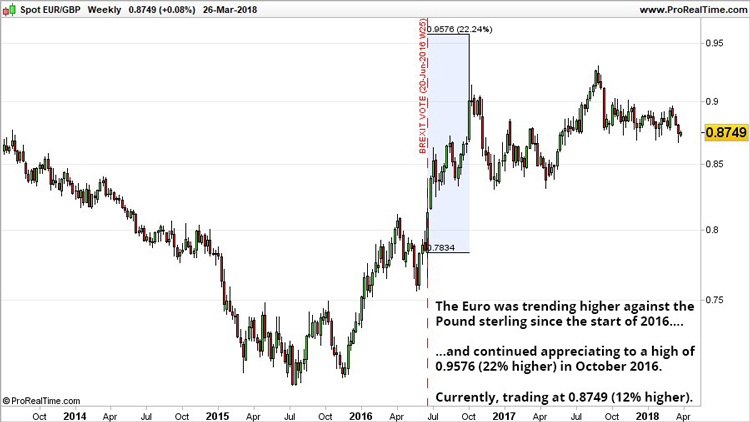 The immediate impact of Brexit was to send the Pound sterling sharply lower against the Euro and the US dollar. Sterling weakness has continued to linger as Brexit “negotiations” have begun and continue to be hashed out with a provisional date of March 29, 2019, provisionally given. That means Brexit would have taken 3 years to action.

So far, the UK economy continues to perform close to its long-term average. The UK recorded 1.8% GDP growth last year, second only to Germany's 1.9% among the world's G7 leading industrialised nations. 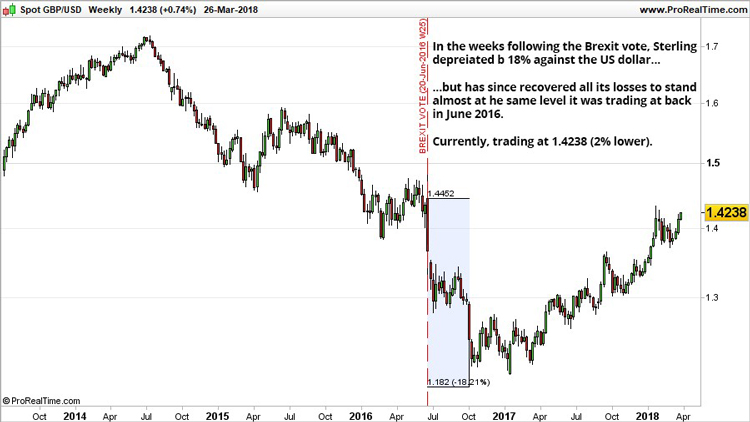 A sour note has been UK’s rate of inflation, which has risen since June 2016 to stand at 3.1% - the highest for nearly six years. Unemployment has fallen to a multi-decade low of 4.3%.

One of the most favoured investment assets in the UK — property — has taken a hit, but only in relative terms.

Before Brexit, annual house prices were rising 9.4% on average, while post-Brexit, house prices are growing at a rate of 5.2% per year, according to the ONS.


What’s the latest with Brexit?

The incumbent UK government, now led by the UK’s 2nd female prime minister, Teresa May continues to push forward with Brexit — albeit at a slowing pace compared to the haste that was evident back in 2016.

The main UK opposition party led by the socialist Jeremy Corbyn has gained a lot of political ground over the past 2 years, to the point that several surveys now suggest that if the EU referendum were to be held again today, most people would likely vote to Remain rather than Leave.

Public relations specialists have been out in force over the past 2 years and their influence is working. Several issues have surfaced to sow distrust of the Establishment in the UK and helped to change people’s opinions regarding Brexit. Namely, the prospect of the UK leaving the Schengen zone allowing visa-free travel, potential removal of free working rights and the possibility of several large firms relocating to the mainland have left many British people feeling alienated and like they were misled by the Leave camp back in 2016.

Life without Europe was not supposed to seem this bleak.

There are some groups campaigning for Brexit to be halted, but the focus among the UK's elected politicians has been on what relationship the UK has with the EU after Brexit, rather than whether Brexit will happen at all.

Nothing is ever certain, but as things stand Britain is leaving the European Union.
Maybe former US President Franklin Roosevelt said it best: “In politics, nothing happens by accident. If it happens, you can bet it was planned that way."